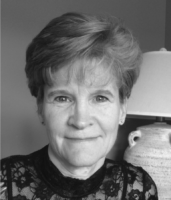 Shelley Heron brings a wealth of experience to Western University’s Faculty of Music.  During her almost three decades as a member of the Detroit Symphony Orchestra’s oboe section, Shelley was fortunate to work alongside, and learn from, top orchestral musicians, international soloists and preeminent conductors. She participated in more than forty recordings with the DSO and the Detroit Chamber Winds and Strings on the Chandos, Naxos and DSO Live labels and has toured the United States, Europe and Japan on numerous occasions.

With a thorough knowledge of performance practice, Shelley designed an effective and successful, systematic approach for audition preparation. She also developed and continues to teach a method of reed making practiced by many oboists.  She enjoys repairing oboes and English horns and has acquired the knowledge and precision machinery necessary to grind gouger blades and set-up oboe/English horn gouging machines.

Joey Salvalaggio, former Principal Oboist with the Memphis Symphony has held positions with the Britt Classical Festival Orchestra (Oregon), the Thunder Bay and Windsor Symphonies and has appeared as guest Principal Oboist with the National Arts Center Orchestra and National Ballet of Canada. His work with modern composers has resulted in new works for oboe by Beverly Lewis, Lothar Klein and Christos Hatzis, as well as concerti by Erik Ross and Elizabeth Raum, premiered with the Memphis Symphony and Manitoba Chamber Orchestra, respectively.  A dedicated educator, Joey has held positions at the University of Windsor, the Interprovincial Music Camp, the Sewanee Summer Music Festival and currently, as oboe faculty and outreach director at the Hot Springs Music Festival, Arkansas.  In 2013, Mr. Salvalaggio founded Babu Press, a design firm that builds and performs education and outreach programs for young audiences that he has performed in the United States, Canada and Ireland.

Joey began his studies at the Interlochen Arts Academy with Dan Stolper and attended McGill University, the University of Toronto and the Glenn Gould School where he studied with Ted Baskin, Normand Forget and Richard Dorsey.  Studies followed with Richard Killmer with a grant from the Canada Arts Council and with Shelley Heron with his own money because he knew it was a good investment.ccc 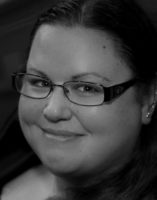 Faith Scholfield is currently Second Oboe & English horn with the Windsor Symphony Orchestra (Windsor, Canada), a position she has held since September, 2004.  She regularly performs throughout southwestern Ontario and southeastern Michigan and maintains private teaching studios in both Windsor and Livonia, Michigan.

Faith received her Master of Music in Oboe from the University of Michigan, a student of Dr. Nancy Ambrose King.  She received her Bachelor of Music and Performance Certificate in Oboe from the Eastman School of Music, a student of Mr. Richard Killmer.  Faith has previously performed with the Macau Orchestra (China) and at the Aspen Music Festival and Banff Centre for the Arts. 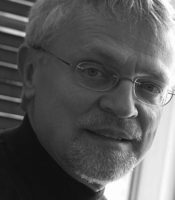 Ian was appointed Principal Oboist with the Victoria Symphony Orchestra in 1966 at the age of 17. He subsequently held the same position with the Regina Symphony Orchestra (1972-1986), and Orchestra London Canada (1986-2015). He was also a founding member of the celebrated Canadian quintet, The Aeolian Winds.

Ian Franklin has been a soloist and recitalist on CBC Stereo, toured nationally and internationally with The Aeolian Winds, and recorded for ebs (Germany), IBS Records (Canada), and CBC Records. 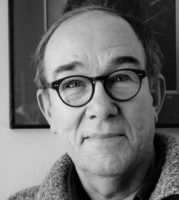 Joris van Daele is a master jeweler and amateur oboist performing with the London Promenade Orchestra and the Aria Quintet.  As a goldsmith, he uses and makes precision cutting tools daily. Sharpening, burnishing, tempering and hardening metal tools are a normal part of his routine.

Joris has combined his talent with metal and his passion for all things oboe by making and selling tools for oboists including reed knife steels, double reed thickness gauges, custom contoured plaques, and his current project, producing a low-cost oboe cane radius gauge.